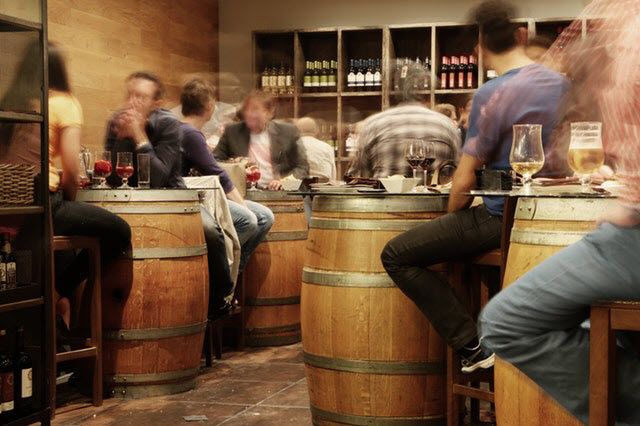 Roughly 7 years ago I had one of those “damn, we’re really going to get a divorce” moments when you realize that something you’ve pondered so often is actually going to happen. Even if part of you welcomes the divorce, it’s a very strange feeling, especially after many years of marriage. It was a mutual decision and, while I was well aware of the disadvantages (we have 2 kids) I realized that, at the very least, I could start dating again. At this point I will put my cards out on the table: I never cheated on my ex-wife, not even close. If you think that enthusiastically searching out sexual partners(at least in short-term) is lame and shallow than you, dear reader, have never lived through the last few years of a dying marriage. So, yes, I was overdue and was I ever motivated.

There are many reasons why I have lived in this city for the past 20 years but one of the nicest is that it’s extremely cosmopolitan, the sort of place that you can’t swing a dead cat without hitting some sort of expat or immigrant (I guess you could say I’m both). It’s very similar to some neighborhoods in New York or London, only on a smaller scale. It’s the sort of place where you can constantly meet people from literally all over the world. This meant that in my roughly 3 to 4 year stint of post-divorce dating I met women from enough nations to get a quorum call at the UN General Assembly.

Disclaimer: What follows are some personal very generalized (the better to protect the privacy of everyone involved) observations. Certain examples might cleave to a cultural stereotype of that person’s nationality and, if they do, it’s because I did indeed observe this behavior. Nobody is walking national stereotype but culture is very strong force. If you belong to a culture you will share at least a few characteristics with people in that culture. Also, this particular post will be stupendously shallow. You have been forewarned. OK, so now on to the good part…

I should note that class differences were minimal. The women I dates tended to have the same level of education and professional development – if not more in some cases.

Pleasant surprises – Russian women are invariably pretty and expensively dressed, yes, but in my experience are also very cultured as regards to literature, dance and music. They can have dark, off-beat senses of humor. Romanian women are some of the most fun women in the world. They combine Slavic and Mediterranean looks while preserving a more sociable Mediterranean warmth. They can, and will, talk your ear off but it will never, ever be boring. Know that a 50 kilo Polish or Irish woman can drink your punk ass under the table, all day, any day. Anglophone women and women from Western Europe tend to be somewhat less drama prone than women from other cultures that I met.
Wow – didn’t really expect that: When I was freshly separated from my soon to be ex-wife, the idea that I could meet and eventually sleep with a decent number of fairly interesting, attractive women seemed, if not far-fetched, at least a tad overly optimistic. I soon learned that this is not the difficult part. The truly difficult part is the karmic price you pay. A quick example that happened to me no less than 3 times. Married female acquaintances made it clear that I could help add some spice to their daily routine. For so many reasons, this is a horrible idea so I didn’t…until, of course, I did, for all the usual reasons. 9 & 1/2 weeks territory, as in indulging in the majority of fantasies one has harbored for quite some time. I ended it before things could truly go south but in the bargain I felt like a real asshole for doing it in the first place. Gentlemen, know that if your marriage is going stale or on the rocks and your wife/girlfriend is attractive, well, she can indulge herself at the literal snap of a finger. To the “other guy”:  Don’t ever be the “3rd person”, ever.

Finally, the city I live in is sufficiently small and cosmopolitan enough that one meeting and dating somebody from another culture was\is pretty much a constant. Everyone is doing it, not just out of necessity, but also because they can. It’s fun and exciting. Yes, long-term relationships between people who share a culture can be easier (less misunderstandings, for one). All I know is that I’ve never been one to take the easier path.