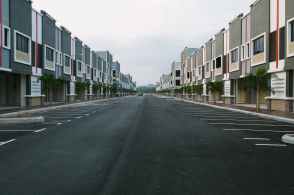 Photo by IKRAM shaari on Pexels.com 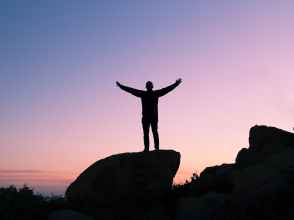 Photo by Snapwire on Pexels.com

I’ve reached an age when the children of people in my social circle are now young men and women and are taking their first tentative steps in establishing their adult identity – leaving home for university or, in some cases, going directly into the work-force.  2 of them, young men, are displaying signs of depression.  Discussing their issues immediately brought back a flood of memories of my own experiences with what I now recognize as fairly serious depression as a young man.  As I learned more about what these young guys were going through,  two thoughts  echo’ed in my head “Just hang on, it will get better” and “I wish they knew what I know now”.

According to a recent CDC study, “The percentage of adults who experienced any symptoms of depression was highest among those aged 18–29 (21.0%)” **.  (Please note that what follows are my opinions based on my own personal experience.  I am not, in any way, an expert in the field of mental health.)  Given my experience, I was not surprised by this result.  As far as I can tell, there are 2 types depression: situational (caused by stress, events) and innate (genetics, body chemistry, etc so that one may be predisposed to depression even in the best circumstances).  If you’re already predisposed to depression, taking those first steps into adulthood creates a lot of situational stress which, in my opinion, creates a perfect storm for a really bad bout of depression.  This is made worse by one’s relative inexperience with depression – not knowing what is happening to you or if it will ever get better.  This is why colleges famously get their share of freshman freakouts or worse.  I don’t know if it’s an apocryphal story, but we were told the reason that college dorm room windows don’t open completely is because of “jumpers”.

Looking back, I realize that I was predisposed to depression.  I was a fairly depressive kid and this was only exacerbated by factors in my childhood.  I was a sensitive kid with a very active imagination who was constantly daydreaming.  I’I had some good times, but also downright bad times.  I learned at an early age that life was often unfair and unpleasant, and there were times that the best you could do was to slog through, to endure.  It comes as no surprise that when I drank my first beer at the age of 15 there was an instant attraction.  My anxiety (briefly) vanished, and the incessant monkey mind chatter in my head was silenced.  Of course, the following hang over just made my anxiety levels sky-rocket.  Self-medicating with alcohol was, and is,  a viscious circle but I was young and very oriented toward short-term results.

As I’ve related in other posts in this blog, I left home at 18 and moved “back” the States.  In many ways, I was very much on my own.  I had a bit of money and the addresses of some friends I could stay with as I got on my feet.  Lest this sound like I’m playing the world’s smallest violin (woe is me), I did quite a bit to deserve this situation.  I barely, just barely graduated my senior year in high school so obviousy I hadn’t bothered to apply to colleges or even think about them in any material way.  I was, in short, a real handful my last 2 years of high school.  Rebellious, never home and more often than not partying with friends.  So my brilliant plan when I hit the US was to live some sort of bohemian working class existence that was part Jack Kerouac and part Bruce Springsteen.  Embarassing, but true.

Spoiler alert – it was a lot more difficult than I had anticipated and rather less glamorous.  I really scraped, scrounged and couch surfed.  I worked a multitude of shitty jobs, at one point working two full-time jobs simultaneously.  Looking back, I’m sort of impressed by what I achieved and the discipline that I imposed on myself.  The dark side of this achievement is that I had painted myself into a corner.  I really had no other options other than what I was doing – working and trying to get by on my own.  After about a year, I had managed to find a decent bottom rung of the ladder corporate job – working in a mail-room.  The pay was better than retail or restaurant jobs and the job actually had benefits like medical insurance and a 401k.  It seemed like things were looking up, however I soon found myself in what seemed like a black, bottomless pit of despair.  It felt like a dull physical pain and it made everything that much harder.  Getting out of bed, acting normal around people, going to work and not just suddenly walking out because I couldn’t deal with it anymore required gargantuan effort.

Because I was young and had relatively little life experience, I didn’t know what I could do to remedy this situation…so I just continued dragging myself to work and trying to ignore this heavy feeling of suffocation.  Finally, one day at work my body began to seize up.  I literally could not move my neck, it was frozen in place and I began to have a full-blown anxiety attack.  I excused myself from work (they were not at all understanding) and went to straight to my shitty HMO (US Healthcare, I  realize now, is a travesty) where I had to wait 3 hours to see a doctor.  When I did get to see the doctor he said there was nothing wrong with me and accused me of trying score drugs.  No counseling, no advice as to where I could get appropriate care, no concern about mental health at all.  I did the only thing I could think of – I scored some beer and drank.

The beer helped in the short-term, but when I woke up with a hang-over my situation was worse.  My anxiety was off the charts.  I realized my only option was to will myself to relax, one small step at a time.  So that is what I did.  It was horrible, I could only focus on the immediate – on literally hanging on.  I had no immediate safety-net.  I could completely lose my shit, but that would land me in unknown, possibly much worse, territory.  I still had to work, of course, so my major challenge was going to work, toughing it out and trying hide everything I was feeling.  Still, each day I did this was a small victory, and each time I was able to check my anxiety and will myself to do something positive gave me a very small measure of confidence.  After a while, I realized that I was not going to drown in this tsunami of anxiety and depression.  I could keep my head above water, if only barely at first.

I didn’t suddenly wake up one day without depression, happy and refreshed.  This bout slowly lifted in very small increments, two steps forward, one step back.  What did happen is that one day, many months later, I realized that I was making it through the day more or less normally.  I wasn’t particularly happy, per se, but neither was I being crushed the darkness.

Life is not a Hollywood movie.  I would like to say that I never suffered bouts of depression after that, but I did.  None of them were as scary as that first one that hit me at the cusp of adulthood.  Also, with experience I was/am able to handle depression better.

That experience taught me a few things:

Finally, I think that depression hits young men differently than young women because men famously do not talk about their feelings and, if they do, certainly not with friends.  That being said, I think it’s key for young men suffering from depression, as it was for me, to spend time with their friends.  What male friends are good for is talking shit for hours, playing dumb video games, hanging out and doing whatever.  In the case of depression, this might actually be a better approach than endless talks about feelings.