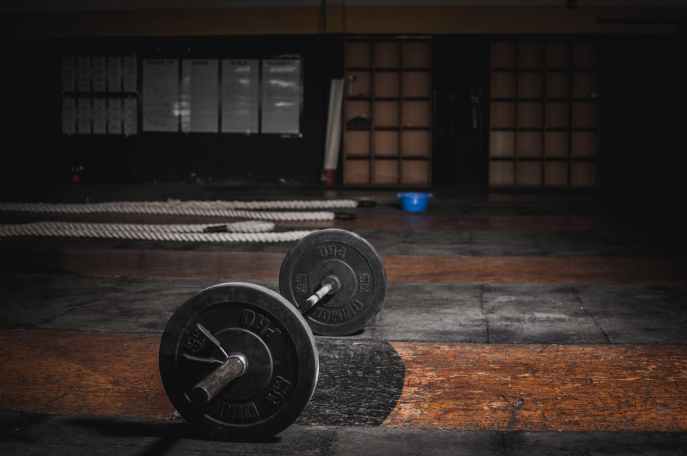 Photo by Leon Martinez on Pexels.com 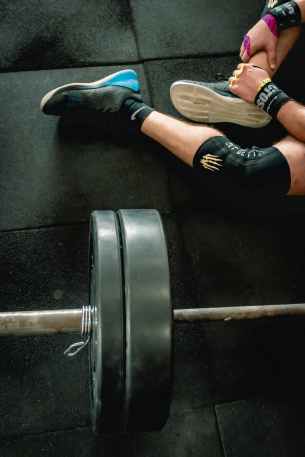 Photo by Victor Freitas on Pexels.com

I happened upon strength training almost by accident.  I had been going to the gym for a number of years, nay, decades, more or less consistently.  So I went to the gym regularly, but aimlessly, without clear goals.  I’d do whatever I felt like doing once I arrived at the gym and the exercise choice was largely influenced by whether a machine or bench was free.  Typical bro splits, chest, arms and abs.  Nary a leg was trained nor a squat squatted.  A good program was something one watched on TV.

Then, one day some years ago, I couldn’t stand it any more.  I was bored, really, really bored with the gym.  The gym, or rather a big commercial gym, is a fairly ludicrous space in the best of times.  I’d feel faintly ridiculous wandering around from exercise station to the next, bro tunes cranking in my headphones, trying to get my pump on.  I came to the realization that there had to be a better way of training or, if there wasn’t, I should find a better activity to spend time and money on.  Like everyone else on the planet, I resorted to the time-honored method of Google searching solutions to my problem.

Hmm, powerlifting movements sounded interesting and I thought, hey, it might finally provide me with some structure.  I’d actually be training with a purpose.  I’d set goals and try to attain them.  Solid, I thought.  This was just seemingly minutes before the big powerlifting Youtube boom, so I initially combed through loads of forums and a few books to glean as much information as possible.  There was, however, one slight problem.

To whit, my bench press was somehow, from a technique perspective, not bad.  I had no idea, however,  how to squat or deadlift, I didn’t know anybody who did those exercises and, to be honest, it was intimidating.  Nevertheless, I began my first program (5×5) and gingerly stepped into a highly underutilized (in those days) squat rack.  My squats were ugly, but at least I felt I was on the right track.  In spite of all I had read, I still had no clue how to properly deadlift.  My deadlifts were dreadful: mad, bad and dangerous to know.  Furthermore, I was usually the only person in the gym squatting or deadlifting outside of a Smith machine.  You know how every gym seems to have a Vibram Fivefingers guy?  I began to wonder if I wasn’t a variation on that theme:  well-meaning but slightly misguided.

Soon, as my program progressed, I got those sweet, sweet beginner gainz.  My benchpress shot way up and even my terrible squats and deadlifts improved.  By this time, powerlifting had started to become a thing and people like Mark Rippetoe, Mark Bell and that crazy Ask Elliot guy were putting out content on Youtube.  So while I hadn’t yet met like-minded people, I could at least watch them train and pick up some pointers.

While it seems funny now, my training partners viewed my squatting as a ridiculously girly thing to do and deadlifts as needlessly complicated.  They’d make a few wisecracks, shake their heads and go back to their cable-pulls.  I was still in the “bench much more than you squat” club but nonetheless my squats and deadlifts had progressed to the point that I felt I required real coaching before I hurt myself.  So back to google I went.  When I had first started training squat, bench and deadlift, there were literally two powerlifting gyms in my area and for a variety of reasons, including proximity, I wasn’t going to train with them.  A new one had opened up in the interim so I decided to give it a shot.

If many people are intimidated by the idea of going to a gym, many experienced gym goers are intimidated by the idea of going to a powerlifting gym.  In your mind’s eye it’s going to be like Westside Barbell with a bunch of shaved head, tattoed convicts and snarling pit bulls. That’s ridiculous, of course, but if you don’t walk through the door you’ll never know.  I walked right in and said, ” look, I am an absolute noob. Tell me what do and I’ll do it.”  It was revelation to meet people interested in the same obscure thing.  We could sit their and talk for hours about belts, shoes, programs, technique, you name it. My squats and deadlifts finally started outpacing my bench as they should.

Fast foward a few years, I had done some competitions and inevitably, been injured a few times.  I’ve set some PRs that I’m proud of and once briefly held the benchpress WR for my age/weight group in my federation.  Sometimes, however, life has a way of interfering with one’s best laid plans.  For the last several months I’ve not been able to train seriously due to work and family issues.  I still go to the gym whenever I can, but I’m not able to stick to a serious, challenging program that would allow me to increase PRs.   My motivation to train for competitions wanes periodically, but my motivation to powerlift is unquestionable.

I realized a few things in the past year. I don’t think I’ll ever stop powerlifting style training.  I truly enjoy it and believe it’s an integral part of a healthy life. Furthermore, lifting heavy weight is sufficiently taxing and radical that it acts like an unerring weathervane for other parts of your life.  Not eating or sleeping well?  It’ll be reflected in your lifts.  Not focused due to emotional turmoil?  It’ll be reflected in your lifts.  It sounds funny, but lifting gives me extra motivation to get s*** together, if only to lift better 🙂  And finally, the best thing about powerlifting is not setting a PR, it’s the process itself.