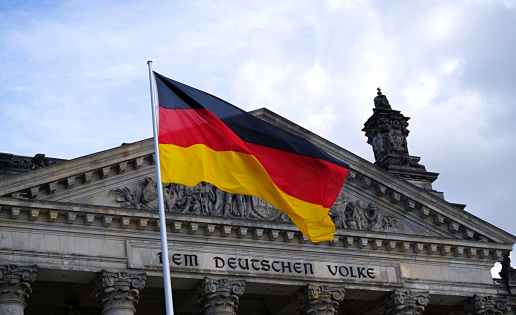 So last weekend I competed in the stand-alone bench press event in the 2018 German Powerlifting Championships for my federation.  It was an interesting weekend in many ways, I learned a lot about what I should, and should not, do for my next competition, how I feel about “stand-alone” events vs. the traditional 3 event powerlifting.  In a subsequent post I’ll post my impression/observations about the powerlifting sub-culture in deep, semi-rural Germany.  Half of my family are semi-rural Midwesterners of relatively recent German descent so suffice it to say it was strangely familiar at times, whilst completely foreign at others.

I was off my visibly off my game on Sunday (more about that later) so I didn’t do as well as I should have.  I improved my competition bench-press PR by 2.5 kgs, but given that I trained and planned to increase it by an ambitious 10kgs, I’m disappointed.  I made a number of mistakes that are linked, I think, to the fact that I only had one event, not 3, to worry about.  I warmed up too early and lifted weights close to my “opener”.  Big mistake, of course, but after a week of laying off the weights I always start to doubt myself.  In addition, I was had very little sleep and was fairly burnt-out on powerlifting after having stayed with my team as they competed until 2AM the same morning.  Finally, (and, yes, more about this later) I understood next to nothing most of the time as my German is very poor, and the “competition plate” phenomenon only heightens this.  (Basically, it’s very easy to do “plate” math in the gym so you always tell how much somebody is lifting.  Even with color coding of the plates, the fact that they are slimmer (denser) and bar collars themselves weigh a combined 5kgs throws me off at first.  Also, the most used plate in competitions in a red 25kg plate.  In the gym 180kg on the bar would have a cool four 20kg plates on each side.  The same 180kg much less impressive looking in competition.)  So I got white-lights for my opener but is looked far uglier than it should have.  With such a poor showing, my coach was OK with only increasing the next lift by 2.5kg instead of 5.  I made the next lift too.  It looked good, nice and smooth, but I knew that I wasn’t at my best.  My coach told me to add 5kgs for my final lift, instead of the 7.5kgs we were planning on.

Even though my 2nd lift looked nice and smooth, I felt that I could only handanother 2.5kgs for the 3rd lift.  Some people can grind out a bench-press but I am not one of those people.  When the weight gets really heavy on a lift – i.e. heavier than your previous 1RM (one rep maximum) it’s crucial that your form and technique is impeccable.  I might have been able to have done another 5kgs on that day, but my concentration was not what it should have been.  As the bar reached my chest, my bracing wasn’t what it should have been so I wasn’t able to explode out of the hole after the pause.  I missed my third lift.

In the powerlifting gym I belong to there is a white-board where the team members can list their PRs in the different lifts(provided that lifts are relatively heavy for a given lift) and, in most cases, only competition lifts are accepted.   So I had done, more than once,  a legal competition bench-press in the gym (pause on the chest, wait for the “press”command, press up in a controlled manner(feet on the ground, butt on the bench) and then wait for the “rack”command) at the weight I had just failed in the competition.  Powerlifting competitions are weird in that I don’t really get nervous because of the competition or lifting in front of a fair amount of spectators and peers.  Rather, the pressure I feel is all about not reaching my goals, of not making the months of hard work pay off for me personally.  I failed that last lift because I felt my goal was in jeopardy and I wasn’t mentally strong enough on that day to keep my focus.  This is what makes a succesful lift in competition the gold standard for lifters.  Gym lifts don’t count, bro.

In the end, I came in 2nd in my age/weight class.  The guy who came in first was 10kgs better than my best lift. Even though I should have done 5kgs better, there is no chance in hell that I could have lifted more than him.  Kudos to him, it was a sight to see.  One of the best things about power-lifting competitions is that you’re excited to see big lifts, period.  I fully appreciate what this competitor did at his age and weight so it’s not like “he’s kicking my butt” but more like “respect, dude”.  I did better than some others, ok, but that’s neither here nor there.  The missed lift is what sticks in my craw.  Had I done the lift, I’d still be in 2nd place, but I’d have felt really good about it.

I learned a few things about the “stand-alone” events, which I had never participated in or even seen before.  This is because typically the 3 event Powerlifting competitions are typically on Friday/Saturday, and the 1 event competitions are on Sunday.  Firstly, wow, the stand-alone bench event is popular.  In this competition, at least, there were many more competitors in my age/weight category than in the traditional 3 event competition.  Not surprisingly, some of these guys were straight up bench-press specialists.  While it was a fun, educational experience, I don’t think that I will do it again simply because I miss the “long game” aspect of the 3 event powerlifting.  A bench-press competition goes by very quickly, 3 lifts and you’re done.  And while my bench is pretty good, I don’t think it’ll ever be “stand-out” in a field of bench press specialists.