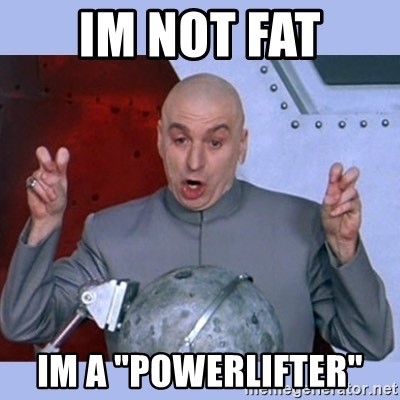 In past posts I have expounded at length about the many benefits of powerlifting.  We’ve also examined the “why” of powerlifting; namely, it’s insanely fun to be able to lift heavy shit.  However, nobody every tells you the shameful truth underlying this otherwise laudable sport.  Sit back, gentle reader, and clutch your emotional support pillow as your fearless author lays some truth bombs on your (lard)ass.  Powerlifting maybe life, chico, but the lifestyle and everything about it is kryptonite to many women.  Why?  Glad you asked:

2 thoughts on “Why Powerlifting does not = Chick Magnet: a Primer”